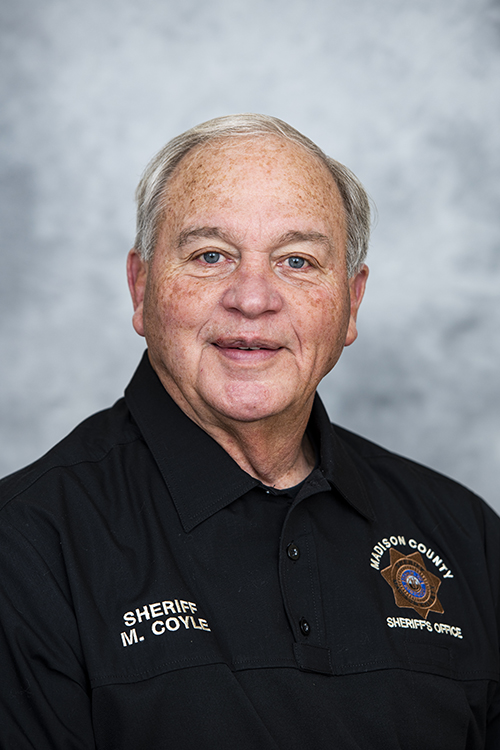 Mike Coyle is a 28 year, retired veteran of the Kentucky State Police. Mike Coyle came to the sheriff’s office after his best friend Jerry Combs won the General Election in 2010. Mike served as the Chief Deputy until the unexpected death of Sheriff Combs. After Sheriff Combs death Mike was appointed to fill the term of Sheriff Combs until he was elected in November of 2014. Mike was honored to move forward what his best friend had started at the Madison County Sheriff’s Office.

Sheriff Mike Coyle was elected in November 2014 for a four year term beginning January 2015. For more information about the Madison County Sheriff's Office visit their website or find them on Facebook and Twitter